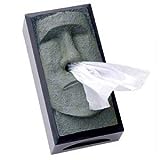 Sociologists from the University of Chicago’s Department of Sociology and Population Research Center asked 3,116 Americans how often they pleasured themselves over the previous 12 months.  Here is a little bit of what they found:

Other questions had to do with various aspects of life – for example, the status of one’s current relationship, economic background, and health status.

The end result of the study was that the frequency one partakes in taking matters into one’s own hand depends on any number of personal and socio-economic factors.