SURVIVOR is one of those shows, especially as it is about to enter its 20th season this month with an all-star HEROES VS VILLAINS theme, that Web Watch loves watching – if only because the show somehow always figures out how to be fresh, exciting, and surprising season after season.

Jeff Probst has even given all future contestants one vital hint on how to survive Survivor, and it all comes down to studying game theory, which Web Watch will cover in a future post.

One thing that Jeff didn’t feel the need to mention is that one key part of being on Survivor is that at some point during the game, you’re going to be naked.

Sure, the CBS censors may pixelate your NO NO ZONE, or the contestants may decide to show off their newly-buffed bodies in an attempt to increase their Survivor-provided 15-minutes of fame — but after 20 seasons (and approximately 300+ contestants), there was bound to be a glut of Survivor contestant nudity available at some point.

It was inevitable, really. 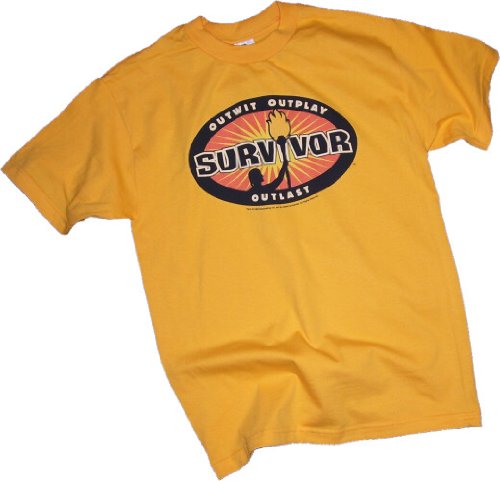 So let’s just leave our Web Watch readers with a very NSFW link for you to follow in your own time when you’re away from the office and the rest of the family:  A (NOT SO) COMPLETE HISTORY OF NAKED SURVIVOR CASTAWAYS.  And how that supposedly Photoshopped photo of Jeff Probst got into a posting that was supposed to be about naked castaways, Web Watch will never say.

Apparently, this is just another in a continuing series of naked reality TV participants on that site, following this NSFW entry on naked MTV Real World cast members.

Wow, two NSFW links in one day?  Web Watch just wants to make sure you’re getting your money’s worth, you know.

Web Watch has received some questions about the validity of the naked Jeff Probst picture on the linked site.  For those of you who wanted a comparison picture, here’s a photo from an ENTERTAINMENT WEEKLY photoshoot that Probst did a while back.  Be your own judge….