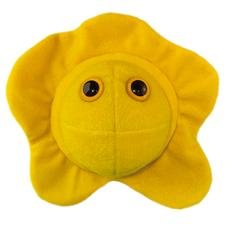 Web Watch was reading a CNN article the other day that shows how important it is to (a) have a good, gripping  headline to draw a reader into a story; and (b) a phenomenal opening paragraph that lays out exactly what the story is about.

These are two rules that every aspiring news reporter should try to follow with every story that they file.

Case in point, the CNN article in question:  THE DOWNSIDE OF “FRIENDS WITH BENEFITS”.Note the use of the pop culture phrase “friends with benefits”, used to draw attention to the story.  Interested readers already know what the article is going to be about.

Throwing “the downside” into the title adds that extra bit of intrigue.  “Downside?”,  you ask.  “How can there possible be a downside about ‘friends with benefits’?”

So we click and read on, to what has to be the best opening paragraph ever written for CNN:

“When Jennifer Nicholas sees television shows or movies where characters “hook up” or have sex with “friends with benefits,” she cringes, because that’s how she got herpes.”

Web Watch would like to point out that we are sympathetic to Ms Nicholas’ plight.  We are not making fun of her situation one bit.  It’s the writing, the exposition of the story that we’re looking at.

Beyond the writing — more importantly– it’s the narrative voice in our head that knows exactly where to put the inflection and pauses when reading the last part of the sentence.  To us, it sounds like one of those late night infomercials that SNL is always parodying.  Perhaps as read by John O’Hurley of FAMILY FEUD and J.PETERMAN fame.

Kidding aside, the article does go on to include some helpful statistics about the spread of STDs and what the chances are that you can get an STD from your partner.  According to the CDC:

See what a quality opening paragraph in a news story can do?  If it can lead you into the story itself, maybe you’ll learn something else along the way.