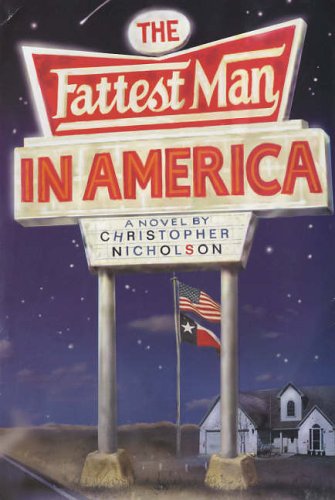 The Fattest Man in America

Deep-fried Oreo cookies and deep-fried Twinkies are not just a delight to be had at state fairs across the South.

No, unusual deep-fried foods have become a tasty treat that has spread – literally and figuratively – across the country like a delicious fungus, to be treasured.  (Mushrooms, by the way, are also a tasty fungus.  See how clever we are?  No?  Oh well, moving on…)

HEALTH.COM  has decided to embrace the fact that sometimes people want to eat food that tastes good, regardless of whether those foods are actually good for you or not.  So they went out and compiled this list of THE FATTEST FOODS IN THE COUNTRY, one menu item for each of the 50 states.

No, we’re not passing judgement on anyone who wants to eat these meals.  Web Watch will be one of the first to join in with you, just to be able to say that we did it.  The question that we pose to you, our faithful Web Watch family – who will be the first amongst us to claim the FATTY 50 VICTORY – eating one of each of the following fat-filled items first?

Remember, photos – or it didn’t happen.  So step to it, Web Watch readers!  Hit the road, and chow down on one of these fifty phenomenally fatty foods:

Web Watch will admit to having eaten a number of these items, and we’re proud of it.  But we do have an issue with this list in general, as there seems to be a cop-out for a number of states along the way.  Missouri, for example, is not the only state that Hardee’s burger is available at.  Same goes for Tennessee’s Ruby Tuesday burger.  We find it hard to believe that a national chain restaurant beat out all other local contenders for the Fattiest Meal in those states.