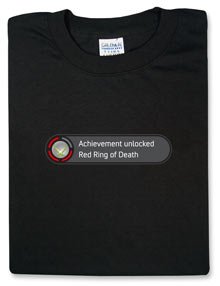 While we know that Web Watch proclaimed that THIS IS THE ONLY LEVEL TOO was a sequel to the hit Flash platformer ACHIEVEMENT UNLOCKED – we admit that we weren’t really being extremely honest with you, the Web Watch reader.

Oh, it was a worthy game in the Achievement Unlocked pantheon, but it wasn’t a sequel in the true sense of the word.

So Web Watch is here with an apology, and a make-good link for you:

Gameplay is exactly the same as in the original Achievement Unlocked — move your elephant around the screen to unlock all the different achievements.

Can your elephant die?  Yes.  Is it a big deal if it does?  No – you’ll just continue exactly where you left off.  (In fact, killing your elephant in any number of ways are some of the hundreds of available achievements to complete.)

The game itself is huge compared to the original, taking up more screens than the sole one in #1 – in other words, lots of room to explore.

The achievements range from the mundane (move both directions on the wheel) to the silly (typing various things on the keyboard).  But there’s a new co-op mode as well, so you and a friend can play together and get silly trying to find all the achievements.

ACHIEVEMENT UNLOCKED 2 can take you up to an hour to finish – and that’s if you know what you’re doing and have decided to use hints and spoilers to get you through to the end.  That there isn’t any SAVE option may have you cursing the game at some point along the way.

Still, it’s a great way to spend a lunch hour, playing around with some elephants.