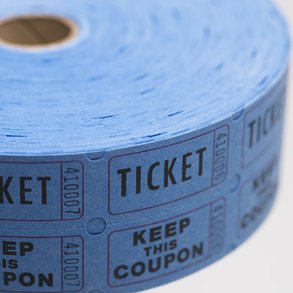 Every year, the question comes up regarding how to properly do a gift exchange at holiday time.

Whether you call it a DIRTY SANTA, WHITE ELEPHANT, YANKEE SWAP, CHINESE AUCTION or something else, the basic concept is the same: everyone brings a gift, throws it into the pile, and then they get distributed out in some random manner, with stealing gifts from other people allowed to some degree.

Web Watch is here to present the OFFICIAL RULES FOR GIFT EXCHANGING that we’ve perfected over the years at our own shindigs. These rules work for us — they should work for you, too.

Web Watch knows you’re going to ask — why use raffle tickets instead of handing out slips of paper numbered from “1” to whatever number you need?  To put it simply – it’s all about ensuring an element of randomness.  If you hand out pre-ordered numbers, then everyone already knows who is going to go first, second… to last.  In your scenario, the excitement of being able to go last is negated the moment those numbers are passed out and the gift-stealing heirarchy has been established before the event even begins.

Using raffle tickets, every participant gets an equal shot at being called next.  Since nobody knows who is next… or last… the level of excitement at the party stays high throughout the gift exchange process.  Win-Win for everyone involved.

Using raffle tickets also negates the age-old rule question of “whoever gets #1 gets the last pick because they didn’t have a chance to steal from anyone”.  We call BS on this rule when using raffle tickets because everyone has an equal chance of being called first… just like everyone has an equal chance of being called last.  Since nobody gets screwed by being stuck with #1 as soon as that slip of paper is handed out, then nobody has the right to complain.  Raffle tickets keep it fair and equal for all involved.

(note: even though the proper way to run the game is to NOT let the #1 picker choose last — you’ll want to establish this rule before you begin drawing tickets out of the basket. Web Watch has seen many a party break down in arguments over this small rule change introduced at the very end of the event when the #1 person starts complaining that “it’s not the way WE play the game…”.  Screw ’em.  Somebody had to be first and it was a fair random draw – so suck it up.)