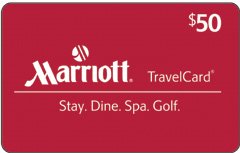 When was the last time you stayed at a fancy hotel with nothing to do, and f0und yourself ordering up one of the hotel’s pay-per-view movie or gaming options?

If you’re like any of the people who often did this, you probably also haven’t done this recently.

Web Watch knows this because we read that HOTEL REVENUES FROM IN-ROOM SERVICES HAVE DROPPED in 2010. Comparing to previous years, the average hotel saw a drop of 86% in phone call revenue between 1999 and 2010.  This is obviously connected to the proliferation of personal cell phones in recent years (do you even know anyone who doesn’t have a cell phone?). Where the hotel used to average $1,252 per room in 1999, they now receive $178 per room.  Web Watch is concerned about those hotel visitors who spent over $1000 on phone calls during a stay.

Over the same time frame, in-room movies and games dropped 26%.  But not because of cell phone use, but due to laptops and portable DVD players, Netflix, and other personal electronic devices.

So while the hotels can’t do anything about guests not using the in-house phones to make long-distance calls or watching Skinamax, they have to make that money up somewhere.

And hotels have found that charging up to $20/night for Internet access is just what their accountants have ordered.

Guests may avoid using the in-room phone.  Guests may have no interest in watching in-room movies.  But guests definitely want to use the Internet, and they don’t feel like using the “free Internet” computer in the hotel lobby, either.  (Which reminds Web Watch of why in-room Internet is worth paying for, when we recall seeing a hotel guest use a lobby computer to access a local escort dating site for his night out on the town – doing so in full view of a lobby bar full of amused patrons. But we digress.)

But $20/night does seem a little high. A few hotels have begun offering free Internet – to either all their guests or only their special Frequent Guest members – as a way to entice travellers to stay with them.  Offering free Internet is definitely looked upon as a special perk, as not all hotels feel this is important.

For example, the full-service Marriott locations charge between $10-$13/day — but the Courtyard by Marriott hotels (often found nearby) offer Internet for free…. and often for a less expensive room rate.

If you pick your hotel based on the Internet access price – and Web Watch knows one person who does exactly this – you may want to check out the HOTEL INTERNET ACCESS GUIDE that lists all the rules and prices for a wide variety of chains.

Browsing it quickly, here are a few of the hotel chains that offer free Internet access: