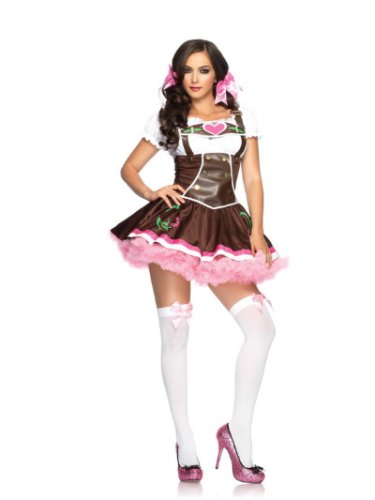 A court in Germany has ruled that AN EMPLOYER CAN REQUIRE THEIR STAFF TO WEAR BRAS. It’s not the first time that a company has had to go to court to defend their corporate dress code – what is unusual is the level of detail regarding their employees’ underwear choices that makes this amusing.

What the court ruled is that the company in question, an airport security firm, can order their female employees to wear bras.  The company claimed that bras were “essential to preserve the orderly appearance of uniforms”.

Web Watch does wonder how unsightly the German working women are that their unencumbered chests were causing havoc with the company-provided uniform.

The ruling stated that the female staffers must wear either undershirts or white or skin-colored bras.  The court ruled that such a requirement does not violate the worker’s personal rights.  In other words, you have a choice to wear a bra or go braless (albeit with an undershirt), but you don’t have the right to insist on what color bra you wear to work.