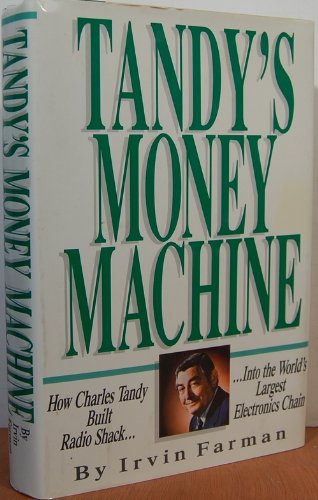 When was the last time you shopped at The Shack?

You know, RADIO SHACK?  That tiny electronics store at the mall with all the battery-operated toys in the front and the cool electronics gear and assorted cabling in the back?

Because those guys behind the counter would know everything about everything that had to do with home-appropriate electronics.

But today, that’s all changed.

From the rebranding of the stores from “Radio Shack” to “The Shack” (because everyone knows what “The Shack” sells?  Same stuff as the “Love Shack”, right?), to refocusing store content from the wires and guts for any home tinkerer to work with to selling more cellphones or satellite plans — today’s Radio Shack is vastly different from the Radio Shacks of old.

You don’t even need to visit a store to know this.  You can tell just by visiting RADIO SHACK CATALOGS to browse through decades of old Radio Shack and Tandy Corporation catalogs and marketing merchandise to see how far a company has gone to distance themselves from their roots.

Web Watch knew there was a problem with Radio Shack many years ago when we stopped by our local store to discuss a TV wiring issue that had multiple solutions – we were just trying to figure out the best way to connect multiple TiVos, DVD players, game consoles, a cable box, and a VCR to a single TV that had picture-in-picture.  We admit, this may have been a little bit more complicated than it needed to be…. but when we presented the question to the Radio Shack staff at the counter, it was obvious that we completely confounded the youngster who only wanted to sell us a cellphone with a Protection Plan.

In other words, Radio Shack started going downhill once they began hiring kids who had no idea how to wire a TV or stereo system, let alone what a soldering iron was for.

Here’s the problem:  If Radio Shack goes away from their original vision of providing low-cost DIY electronics components to people who merely want to CREATE YOUR OWN STAPLES “EASY BUTTON”, then where are those people going to turn?  Sure, Fry’s has an extensive electronics selection, but Fry’s are few-and-far-between across the entire country…. especially when compared to the ubiquitious Radio Shack.

Sure, you could go online to buy these parts — but where’s the fun of that, if you also needed the handy advice of the guy behind the counter who’s actually built the damn thing.

Web Watch is not against changing with the times.  But if Radio Shack isn’t careful with how they handle their retail stores, The Shack may find themselves going the way of Blockbuster, who lost out to the easier/cheaper/more accessible Internet way of doing business.