Do you love hamburgers as much as we do?  It is the ultimate American food, after all.

And deep-fried Twinkies.  That’s about it, right?

END_OF_DOCUMENT_TOKEN_TO_BE_REPLACED

By now you’ve likely heard about – or maybe even tasted – the latest breakfast fast food star: the WAFFLE TACO from TACO BELL.

Why would Taco Bell try to get into the breakfast market?

Because when it comes to fast food, there is still tremendous growth opportunity there.  McDonald’s is the fast-food breakfast leader by a landslide.  In 2013, McDonald’s brought in $10 billion in breakfast alone.

That’s a lot of Egg McMuffins.  No wonder McDonald’s can afford to give our free coffee as a breakfast promotion – they can certainly afford to do it.

END_OF_DOCUMENT_TOKEN_TO_BE_REPLACED

It’s a tired comedian point of view: nobody can ever understand the fast-food worker at the other end of the drive thru order speaker.

The order comes back mumbled, they never get anything right when you order at the drive thru. You’re always stuck behind the mom with the 14 different orders for each member of the baseball team in her minivan (along with 14 different payments for each one).

Yup, the drive thru can be a real blah.

END_OF_DOCUMENT_TOKEN_TO_BE_REPLACED

First, it’s fast.  Convenience plays a big part of the equation here.  Have you ever noticed that you can get a burger in a few seconds at your local fast food burger joint, but asking them for a salad kinda throws the staff for a loop?

“wha?  salad?  uh, where do we have the salad fridge?  Where’s the list of dressings? Sorry – we ran out of the one salad we had prepared, would you mind waiting 20 minutes while we defrost one from the freezer for you?  You want fries while you wait? We got those right here for ya…”

END_OF_DOCUMENT_TOKEN_TO_BE_REPLACED

One thing about Superheroes – with all that spandex, certain body issues come into play.

The Hulk? Not so much.

But Batman – he has more issues than a subscription to LIFE magazine.

END_OF_DOCUMENT_TOKEN_TO_BE_REPLACED

How do you make your fast-food restaurant choices?

With so many decisions to make when it comes to your fast-food experience, you should be happy that you’re not alone in having frustration in finding the Perfect Fast Food Restaurant in your travels.

END_OF_DOCUMENT_TOKEN_TO_BE_REPLACED

When done right, it’s phenomenal.  When done poorly, it’s still pretty good.  Of course, we make our own decision as to where we’re going to get that burger, and go into the establishment generally knowing what we’re going to get.

There’s a difference between a McDonald’s Dollar Menu double-cheeseburger and a burger from the Burger Gourmet Bar sit-down restaurant with the $21 Kobe beef slider down the street.  You get what you pay for, and as long as you’re okay with that, then the following won’t surprise you.

END_OF_DOCUMENT_TOKEN_TO_BE_REPLACED

Did you know that Heinz Ketchup is NOT served in McDonald’s restaurants?
(disclaimer: it’s still served at McDonald’s in Pittsburgh and Minneapolis, but try to go with the concept here, people)

We know!  Who would believe that any major fast food restaurant chain would serve anything other than Heinz Ketchup?

A few year’s ago, Web Watch was out shopping and saw a bottle of Hunt’s catsup in the shopping cart.  We asked about it, and we were told “Hunt’s is on sale, so we’re buying it.”

Now Web Watch has always been a Heinz Ketchup family.  No other ketchup even comes close in flavor to us.  We’ve tried those others, and they were just lame imitators of the true Ketchup King.

End result, we said, “we’ll pay you the extra $0.30 you’re saving on that Hunt’s catsup if that means we get to stick with Heinz Ketchup.”  And it’s been Heinz ever since. END_OF_DOCUMENT_TOKEN_TO_BE_REPLACED

When we see a question like the one above (“What’s the most popular fast food restaurant in the world”), the answer can be quite varied.

If you’re talking about most popular in terms of number of US outlets, then Subway has almost twice as many as the next nearest chain.

No, today we’re going to look at this in a slightly different way — using the power of social marketing and community engagement, Web Watch is going to determine the Most Popular Fast Food Chain, based on the number of Facebook Likes.  (the list of Top Fifty Fast Food Restaurants provided by QSR magazine) END_OF_DOCUMENT_TOKEN_TO_BE_REPLACED 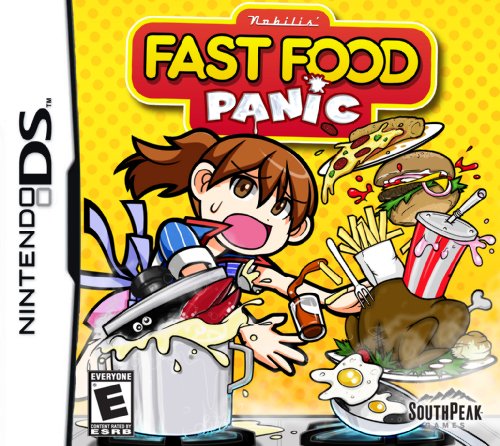 When you order a fast-food combo meal, like Web Watch did today, you’re not just getting a burger and fries – that is, a meal made solely of meat, bun, ketchup, pickles, cheese, potatoes, some salt and oil.

No, you’re getting quite a few more ingredients thrown into the mix.  That bun?  Probably has some sugar in it.  Those fries? Maybe some extra starch was sprayed on them before cooking. END_OF_DOCUMENT_TOKEN_TO_BE_REPLACED