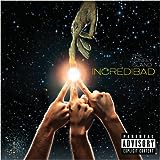 You’ve seen the SNL DIGITAL SHORTS on Saturday Night Live for the past few years.  Many people have said that they’ve been the most consistently funny part of the show since they’ve begun.

All the shorts are the brainchildren of The Lonely Island comedy group – Andy Samberg, Akiva Schaffer and Jorma Taccone.  (Click the album cover image, buy their album — it comes with a DVD with many of their Digital Shorts, some never seen on TV)

They won an Emmy award for the Justin Timberlake collaboration, Dick in a Box.  But other Internet users are taking notice, and making their own versions of the original films.   The first big Digital Short, Lazy Sunday, was the start of the parody run, but as you can see, it certainly wasn’t going to be the last.   Here are 14 different parodies that you may not have seen before:

Punched in the Face

Popping into the Frame

One reply on “Parodies of Lonely Island’s SNL Digital Shorts”