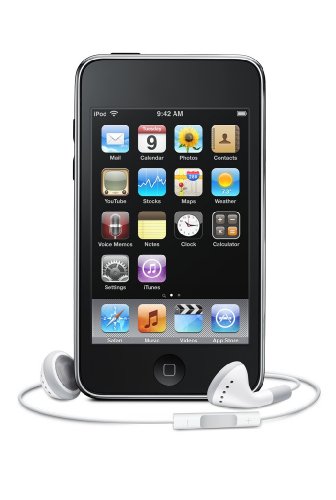 While that post was about the best band in the world and how they are still in debt to Warner Brothers even after millions of albums and downloads sold, new information has come to light regarding more current and popular artists and how they are affected by music royalty payment calculations… or lack thereof.

Lady Gaga, for example, was reportedly PAID JUST $167 FOR FIVE MONTHS WORTH OF STREAMING (totalling over 1 million plays) of the song “Pokerface” on the streaming service Spotify.  Of course, SPOTIFY DISPUTES THIS, and says that the payment that was reported was for a tiny timeframe, represents just one country, and was still when they were a lesser-known streaming service.  Web Watch thinks that even with those caveats, since the streaming totals or dollars paid weren’t updated in the counter-discussion, that Gaga’s low payment number still stands.

Referencing other EMPIRICAL DATA ABOUT HOW MUCH ARTISTS GET PAID for each type of distribution method, David McCandless put together a phenomenal graphic that VISUALLY SHOWS HOW MUCH (or little) MONEY ARTISTS ARE PAID, specifically looking at how many items in each distribution model need to be sold in order for the artist to make a monthly living minimum wage.  Let’s take a look at what David’s graphic is trying to tell us:

As folks pointed out in the comments for the graphic, the best way for artists to make their money is by selling music directly to their fans and by going on tour, selling merchandise, and other revenue sources (unless they have a 360 deal that further cuts into an artist’s profit).  That’s not to say that there isn’t money to be made using the download or streaming models, but for both of those cases — and especially for the streaming model — the artist is really counting on sheer quantity of listeners picking out their music in order to cash in.

There is no doubt that the music industry is in trouble, but they should have seen this coming.  After all, there was a natural progression in music sales over the past 20 years:

The question that the music industry needs to ask is where do consumers turn to next for the ultimate format that will require a complete re-purchase of a music fan’s existing catalog?  Because once somebody has spent $1,000 on $0.99 MP3 downloads from iTunes, they will be hard-pressed to spend another $1,000 for the exact same songs in a new music format that replaces MP3.   No automatic purchases to upgrade a library means that the music industry has lost their money train, and they need to figure out how to please both the artists (those supplying the product) and the consumer (those spending the money).

MP3s and MP3 players have been gaining ground in the public eye since 1999.  In a July 2000 article entitled THE FUTURE OF MUSIC DISTRIBUTION, Andrew Jenner asked for the following:

In this ideal society, everyone has, of course, a permanent high-speed connection to the internet. In fact, all this music is probably being streamed from a server somewhere to save you having to lug around gigabytes of storage in your personal stereo. So all you need to do is to instruct the server to occasionally play you a track you haven’t heard before, based on the songs liked by other people that like the same songs as you. When the server decides that you should hear something new, it looks at somebody else’s music collection, collects a list of songs that they like you haven’t heard before, decides how much their tastes overlap with yours, weights the list by this “overlap coefficient” and by how much they like these songs, repeat for lots of people and pick the song which comes out with the highest score (you could take your mood and the moods of these other people into account as well). It then plays you the song and you can vote on it.

That was written almost a year before the first iPod came out in 2001, if that helps put things into perspective for you.   Which means that in the last 10 years, it seems that Andrew has gotten his wishes answered with each iteration of the iPod and iTunes.  Then again, he also had this to say in the same piece:

So perhaps everyone should be free to download as much music as they like, but they should still buy the occasional album to keep the artists happy. The artists should see the free music as a promotional tool, not as a threat to their livelihoods.

Unfortunately, as we see by the amount of money the artists get paid, perhaps digital distributions is a threat to an artist’s livelihood after all.