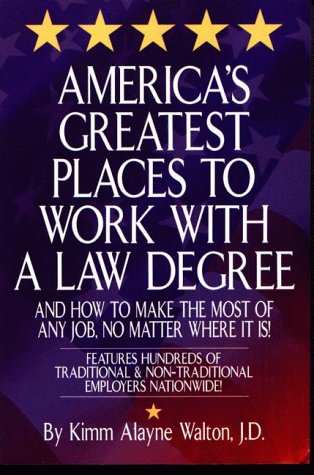 America’s Greatest Places to Work with a Law Degree &
How to Make the Most of Any Job, No Matter Where It Is

If you’ve been out of work for any length of time during this recession, you may want to consider that the issue with your lack of good job prospects may not have anything to do with WHAT you want to do, but rather WHERE you’re trying to work.

All you need to do is take a look at the BUREAU OF LABOR STATISTICS’ REGIONAL AND STATE EMPLOYMENT DATA to see where the jobs are… or aren’t (using data from 2010).

The largest number of new jobs were created in the following states:

The worst states to try to find a job were:

These lists change slightly if you look at the percentage change in employment for each state rather than the raw job numbers.  Because sometimes its not about the number of jobs created, but whether there was a significant percentage change from the previous year.

Looking at the top percentage changers, we have:

And the worst percentage job losses were in: