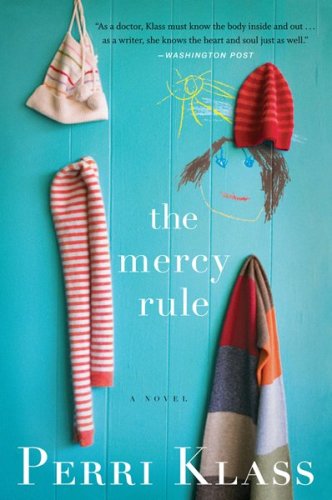 Growing up and playing sports: two rites of passage that go hand-in-hand.

Web Watch played the usual assortment of team sports when we were younger:  tee-ball, soccer, basketball.  As we grew older, we tried kickball, dodgeball, tennis, and golf.   Adult co-ed softball with coworkers, while entertaining, just turned into another reason to go drinking afterwards.

The outcome was always the same:  we really weren’t that good at any of the sports we played.  As we were often fond of saying, “what we lacked in skill, we made up for with enthusiasm.”  Remember – just because someone owns their own softball glove doesn’t mean that they are good at playing softball.

There was one softball league that Web Watch was a part of that required the teams to play each other twice during the season.  One team we played so over-dominated us during our first match (we recall that it was probably something like 15-0 after the first inning), but that didn’t bother us – the game was only an hour long, and we knew that there was pizza and beer waiting for us down the street, just like any other week.    With the game being just an hour long, there was no mercy rule in play (actually, there might have been, but the umpires never really enforced it).

No, what bothered us was the other team’s attitude.

It’s one thing for us to mock and make fun of our own players’ abilities (or lack thereof).  We already know we’re not going to win many games, if any.   It’s another thing for the opposing team to jeer our gameplay openly.

They made playing against them such an unpleasant experience that we forfeited the next game we had to play against them.  But we were sneaky about it.

We didn’t forfeit in advance.

No, it was a cold, misty day and we were playing the late game that night.  In essence, playing the late game really screwed up the timing of a perfectly good evening, and didn’t leave much leeway to do anything else other than get to the park and put on the cleats after grabbing a quick bite to eat after work.

We simply sent three decoy players to mislead the other team into thinking that the rest of the team was going to show up, while the rest of us went directly to the bar, two hours earlier than normal.  The other team went through their entire warm-up routine, running calisthetics up-and-down the nearby hill, while our decoys secretly laughed to themselves as they quietly snuck away to join the rest of us before the game time drew near.  (For those Web Watch readers who are wondering, we did treat the decoy volunteers to drinks for the evening – so their time was well spent helping the rest of us).

In any case, the point to this whole story is that there are times when another team’s attitude really can affect the attitudes of their opponent.

For example, there is a CANADIAN SOCCER LEAGUE RULE THAT CHANGES THE MERCY RULE.  Any team that wins by more than 5 goals on their opponent (ie 6-1) will be declared the losing team.

According to the league, the rule has been in place to avoid blowouts.  Their coaching guidelines state that once a team has a 3 or 4 goal lead, that the coaches should encourage the players to pass the ball more, kick with their weaker foot, or switchout experienced players for less-experienced ones.  But try telling your nine-year-old that even though their team scored 9-0, they still lost the game.

Here’s what really should happen when a game comes to a blowout:  this story about a RONCALLI HIGH SCHOOL vs MARSHALL COMMUNITY’s SOFTBALL GAME in Indianapolis, Indiana.

It was Marshall’s first time even playing the game – one player even asked where first base was during the game — and Roncalli was proving themselves to be the (obviously) stronger team, having not lost a game in 2-1/2 years.  And that’s when the entire Roncalli team sensed that they could do one of two things — they could run up the score and embarrass this new team, or they could play down a bit themselves and turn the game into a scrimmage match.

Roncalli did neither.  They did something better.

They forfeited the game, doing so against Marshall’s wishes.  Marshall didn’t care what it took, but they wanted to play out their first game.  Roncalli insisted, and gave Marshall their first win.

But even better, Roncalli gave Marshall something much, much more.  The entire Roncalli team took the next two hours to teach the Marshall team how to play the game that the Roncalli players had grown to love.

How to bat, how to field.  How to put on the catcher’s gear, how to run the bases.  And that’s not all – the Roncalli team’s parents and coaches rounded up donations of used equipment for the Marshall team to use: bats, gloves, helmets.  They collected $2500 in donations for Marshall to use to set up a proper softball program.

And the donations keep coming in to support Marshall. Reebok called and offered their help.  The Cincinnati Reds are donating infield dirt.

Yes, the Marshall softball program is getting a big boost from winning their first game via forfeit, but players on both sides are going to be reaping the rewards from this for years and years to come.    Even though the officials have to mark one team down as having lost the game between Roncalli and Marshall – both teams really did come out as winners.