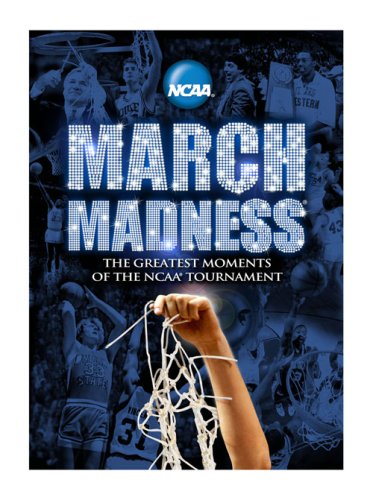 NCAA March Madness: The Greatest Moments of the NCAA Tournament

With March Madness just a few weeks away, office workers everywhere are starting to frantically look for anything that could give them an edge in filling out a winning tournament bracket.

At lot of the information Web Watch has posted about HOW TO PICK A WINNING BRACKET and MORE TIPS ON FILLING OUT YOUR BRACKET is still valid, so be sure to read those handy tips as you gear up to play some hoops madness (we’d post it all here again, but just didn’t want to repeat ourselves).

But having more information than less is always a good thing to have, so after you’ve read what worked for you last year, take a look at some more of these tips to help you win the office pool next month:

And don’t forget that there’s now an “extra” first round of play in the tournament this year.

Previously, you’d get the brackets online on Sunday night (or in the newspaper that Monday morning) and have until Thursday noon to fill out your brackets and get them in to your pool manager.

Now, with the extra “first round” in play to bring an extra 4 teams into the mix, you’re going to have to get your brackets in on Tuesday, two days earlier, to be able to include those new qualifying rounds.  Oh yes, it was so much easier when there was just one play-in game, wasn’t it?  You could just choose “play-in team” on the grid to lose in the first round to the #1 seed.  It was an automatic pick

Now, not so much.  68 teams instead of 64 makes for weird bracket setups.   Which is why some BRACKET POOL websites are not bothering to include the new Round 1 games on their brackets, and are simply substititing “Play In Game Winner” in all appropriate spots.  Web Watch agrees this is the simplest way to deal with the problem, and gives us back those extra two days to get our grids in place.

So now that we have a plan in place for which teams to do more research on, and how we’re going to do our bracket, keep in mind the following seed results from history:

Yeah, we know we told you to ignore seedings deep in the tournament earlier.  Something tells us that if you filled out your opening rounds correctly, these “lowest seeds” won’t be a problem for you.