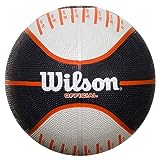 This is one benefit of the switch to digital TV, that you won’t find as many portable TV sets hiding at the office as you used to — but there’s always the Internet, so as long as your network administrator hasn’t blocked access to the streaming video websites, you should be good.

So a few weeks ago, Web Watch shared some TIPS FOR FILLING OUT YOUR 2011 BASKETBALL BRACKET.  Since then, some additional information has come out that we thought we’d share with you.

NBC Sports has their TEN TIPS TO WINNING YOUR TOURNAMENT POOL, which include these:

The Star-Telegraph wrote about CHOOSING WISELY WHILE FILLING OUT YOUR NCAA BRACKET with these tips:

Of course, there’s always these SIMPLE STEPS TO FILLING OUT A WINNING BRACKET:

The Quincy Herald-Whig had this ADVICE FOR YOUR NCAA OFFICE POOL:

Here are some teams that Bleacher Report says ARE RISING or FALLING HEADING INTO THE TOURNAMENT: