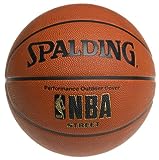 Whether you call it the NCAA Men’s College Basketball Championship, March Madness, Bracketology, or the World’s Best Office Pool, every year office work grinds to a halt as millions of people sweat over their 63 game selections as they fill out their basketball brackets – hoping ultimately to win their local office pool.

Officially, the NCAA does not support using the grid in any form of gambling, and frowns upon the amount of effort thrown at filling out the brackets for monetary gain.

Got that?  Good.  Now that THAT is out of the way, let’s talk about the 10 BEST WAYS TO FILL OUT YOUR BASKETBALL TOURNAMENT BRACKET SO YOU CAN WIN YOUR OFFICE POOL.

(Okay, we may cover more than 10 rules for you to follow while filling out your bracket, but who’s counting?)

Want some tips that are more based in statistical analysis?  Try these from PreGame.com:

VegasWatch has even done the math on what the winning odds would be if you only picked the favorites to win the tournament.  They are very clear to indicate that this does not mean picking the higher seeded team – they say that it’s a 1 in 19,323 chance of succeeding.  Not totally insurmountable, as we all know people who have picked the first 32 games correctly over the years.

Of course, you could always try picking all upsets.  Every game, every round.  The chances of all four of the Final Four teams being #16 seeds?

PickManager even put out a press release this year listing the following pieces of helpful statistics:

If you are really interested in proving yourself, you could always take Sean Brooks’ advice – he’s the guy who won ESPN’s 2008 Bracket Tournament:

Finally, I do appreciate this piece of advice from someone who seems to know what he’s talking about, from their own list of advice for filling out the 2009 bracket:   Don’t listen to a thing Dick Vitale says.