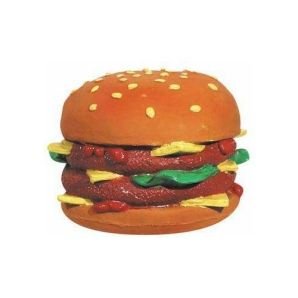 Web Watch has eaten many fast-food cheeseburgers over the years.

We’ve been to the standards – McDonald’s, Wendy’s, Burger King, Hardee’s – and have visited the occasional In-n-Out whenever possible.

But no matter how tasty and convenient for road trips the fast food burger can be, Web Watch will stand by our philosophy that nothing beats a good burger, done right at home.

Trent at The Simple Dollar agrees:  he has done the analysis and concluded that IT IS CHEAPER TO BUY THE INGREDIENTS TO MAKE DOUBLE-CHEESEBURGERS AT HOME THAN IT IS TO BUY THEM FOR $1 AT McDONALD’S.

Trent’s conclusion was based on taking the average person’s shopping list that would comprise a double-cheeseburger and determining how much was tied up in food cost.  Trent figured that the meat, buns, pickles, ketchup, cheese, and mustard would run around $13.44 to make 16 double-cheeseburgers.

Buying them separately at the local McDonald’s would run around $17.12.  A four dollar savings… plus, Trent figured he’d have some supplies left over, making the next round of burger shopping even less.

Ah, the power of buying in bulk.

However, soon after Trent made his amazing discovery that fast food may be (gasp) more expensive than eating at home, others began questioning his analysis.  The flaws, they said, were that Trent wasn’t actually purchasing the food with actual prices in front of him; that Trent wasn’t taking into account the amount of time that buying fast food will save you versus cooking at home; that Trent had miscalculated the amount of product that the McDonald’s Double Cheeseburger was comprised of.

Trent did not take this criticism lightly, and thus proceeded to prove his analysis by TESTING THE VALUE MEAL THEORY OF FAST-FOOD CHEESEBURGERS vs HOME-MADE.

And what did Trent find out with this real-life proof?

That it was more time-efficient to make the burgers at home than it was to drive to the McDonald’s for the $1 value meal double-cheeseburger.   And while his home-made burger cost him $1.83 compared to the $1 McDonald’s version, each subsequent burger would cost mere pennies to make.

Don’t worry – even after Trent’s 2nd analysis, there were still naysayers complaining about Trent’s methodology being flawed, and that the McDonald’s Double-Cheeseburger is still the superior product.

Maybe it all has to do with the methods used to prepare the burger in the first place.  What is your favorite home-made burger recipe, that you just can’t get anywhere else?