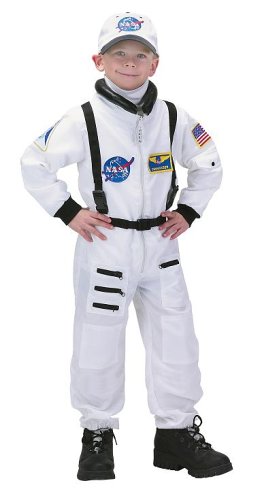 Here’s a LITTLE KNOWN NASA FACT that you won’t often hear on any space-oriented TV show or VIP tour:  astronauts can propel themselves through space by using their pee as a propulsion method.

Web Watch has already shared with you WEB WATCH’s FAST FART FACTS, where we learned that a fart travels out the body at up to 7 MPH.

And, since we know that for every motion there is an equal and opposite reaction, an astronaut can move through space on farts.  Granted, it wouldn’t be a very effective way of moving around, but it could work for extremely short, non-directional distances.

Peeing, on the other hand, offers some things that farts can’t:  power, duration, and direction.  Using all three attributes of a common bathroom break, an astronaut can pee themselves around in any direction with an effective burst of speed.  Of course, if they were to pee themselves around the space station or in orbit, they would also be wasting valuable drinking water or replacement oxygen, according to astronaut Jerry Linenger.  No pee is wasted on the space station, apparently.