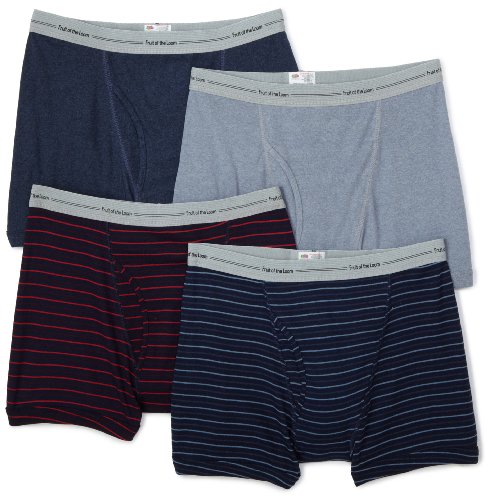 According to a study by Charles Gerba – professor of microbiology at the University of Arizona: the AVERAGE PAIR OF UNDERWEAR CONTAINS APPROXIMATELY 1/10th OF A GRAM OF POO.

Gerba says that when you do an entire load of laundry that consists of just underwear, the wash water will contain about 100 million E. coli.  That many critters won’t completely wash away when the load is complete, and will remain in the washer to infest the next load of laundry that gets washed.The scientists who conducted the study have these recommendations for ensuring that you stay clean and as sanitary as possible as you handle your own dirty laundry:

But don’t think that just your own dirty drawers from the hamper or the only poo-covered culprit here.

What does all this tell you?   Sometimes buying a plastic-wrapped 3-pack of panties from Wal-Mart may not seem to be the sexiest of underwear options, but it certainly sounds like the safest.

2 replies on “Did You Know? The average pair of underwear contains about 1/10th of a gram of poop”

I’ll bet if the underwear belonged to Dr. Gerba, they would contain 1,000 grams of poop, which is why he ought to just wear diapers instead. I swear, I will never for the life of me understand what would possess a real man to care so much about this type of thing, and I also can’t imagine that a woman’s underwear would contain any poop at all (unless a man tried it on). Women are much cleaner with stronger bowels at every stage of the lifespan, and I don’t appreciate people like Charles Gerba posting such derogatory things about women and saying that we have “more colds than men” because I, for one, average 50% FEWER colds than does the average man, not 50% more. I use baby wipes when I finish my business, therefore I have no “poop” in my underwear and have gotten through the calendars of 2005 and 2009 with ZERO COLDS. So take that, you misogynist Charles Gerba, who probably couldn’t get a date because of the poop in your pants. You love to omit the fact that it was the little BOYS who had more colds in childhood and that 80 to 90% of those who suffer from encopresis (when kids poop themselves uncontrollably) are male. I associate germs and filth with males, which is probably why I AM so healthy — I don’t associate with the nastier gender.

Hey Iris, sounds like you don’t poop at all. I bet you don’t snore, burp, fart, sleep, cry, dream, lie, vomit, eat, laugh, feel pain, drink water, drive a car, have toes, see the colour blue, have sex, or bleed (both ways). Infact, you sound like you’re a feminist of some kind and I don’t appriciate your biased opinion, mostly because you’re argument has nothing to do with anything. Nobody cares if you don’t get sick, you’re a human; you have poop on you’re hands right now.