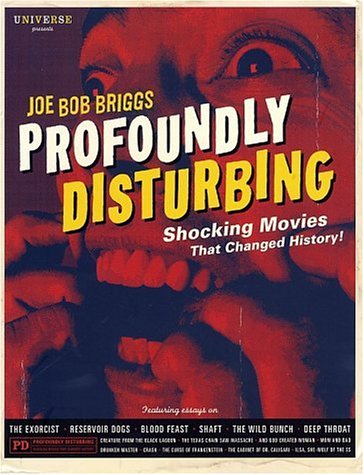 Growing up, we all remember being taken to see certain movies with our parents and wondering why they thought that seeing these films would be a good idea.

Web Watch faintly remembers being taken to see a double-feature of THE THREE MUSKETEERS with UPTOWN SATURDAY NIGHT, and recalls that we really couldn’t follow the plots of either film, let alone understand why we were taken to see them.

But when it comes to kid’s films, Walt Disney once famously said “for every laugh, a tear must fall”, which explains why many Disney films made back in the day contain some vivid, scary imagery or themes that may be a bit heavy for what today are considered to have been – truthfully or not – primarily children’s films.  There’s a reason why the attraction at Walt Disney World is entitled SNOW WHITE’S SCARY ADVENTURES… because that Evil Queen reallydoes live up to her name.

Dreamworks seems to think that sprinking a multitude of pop-culture references is the way to entice parents to see a “kids movie”.  But considering how awful the reviews have been recently for Dreamworks productions, perhaps they’ve taken what worked so well in the first SHREK film and threw it into a blender – thinking that the audience doesn’t need subtlety when they can be hit over the head with jokes about the present day.   The sad part is that the filmmakers didn’t have to go down the path for the cheap and easy joke.  Making a good film make take a bit longer, but it’s worth it in the long haul if the filmmakers were to focus on the story instead.

There’s nothing about the subsequent Dreamworks releases that will allow those films to stand the test of time.  18 years from now, as today’s 7-year-olds are looking for Digital Copies (Blu-Ray, DVD, VHS having been phased out by then, one would hope) to show their toddler children, those parents are not going to be reaching for SHREK FOREVER AFTER – those parents will be dusting off TOY STORY 1, 2, and 3, The Tigger Movie, or The Little Mermaid.

In other words, the Disney Classics.

Which proves that in some ways, Disney and Pixar have returned to those original roots.  Web Watch recalls seeing parents walking their kids out of the theater during the opening montage in UP; parents hushing their crying kids when WALL-E fails to reboot.  Yet once those scenes were over, those same kids were laughing with joy and begging to see the film again, none the worse for the experience.  Because it’s always comes back to story.

Make a good story, and you can watch those films over and over again.

All that being said, Web Watch would like to bring to you these 26 MOST DISTURBING CHILDREN’S FILMS EVER MADE.  Some are a bit creepy, some are instant classics that all children should see at least once.   We’ll let you determine which ones qualify for repeat viewing.  From that list, here are ones that Web Watch likes most:

Going back to that list, you’ll take a look at the film that made Number One, and you’ll both agree with the author’s opinion as well as wonder what type of crap that they were forced to watch growing up.  That’s one film that we have a hard time believing it even made it past the Studio Heads.

On the other hand, looking at the number of Disney films that did make it onto the list of 26 Most Disturbing Kids Films, we’re surprised that Pinocchio didn’t make the cut.  The puppet dies in the final minute of the film. Everyone is crying over the sad turn of events – then the Blue Fairy shows up, turns Pinocchio into a Real Boy, and we get THE END on the screen.  The audience barely has time to register that Pinocchio has been brought back to life before the theatre lights are being brought up and the ushers begin sweeping up the empty popcorn buckets.

Web Watch won’t even get into the philosophical discussion that Pinocchio is now really a functional zombie.  We’ll leave that discussion for another day.