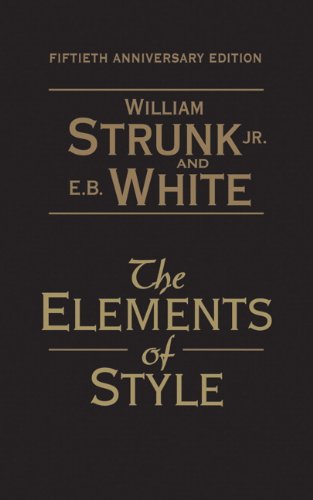 The Elements of Style

Proper spelling and pronounciation is a long-standing debate amongst techno-nerds.  For example, is a GIF image pronounced “JIF” (like the peanut butter) or “GIF” (rhymes with “gift”)?   We usually settle it by saying it both ways in the course of a graphic-related conversation so that nobody feels superior to another.

Spelling, however, can be dictated by a central authority.  Most of us are familiar with Merriam Webster, or at least the Scrabble Players Dictionary (where you may not get the definition you’re looking for, but at least you’ll have the word spelled correctly for that triple-word score).

So when the new AP STYLEGUIDE was announced with new words and spellings, you can imagine how excited wordsmiths must feel, as if they received a new toy at Christmastime.Among the new words that the AP has released for usage in proper press writings were some newly (and not-so-newly) coined Internet-related phrases that you may have struggled with in the past as to whether you were using the properly spelled verion of the term or not.

Here are some of the updated entries in the latest edition, in no particular order.  Note the use of capitalization or hyphens along the way: