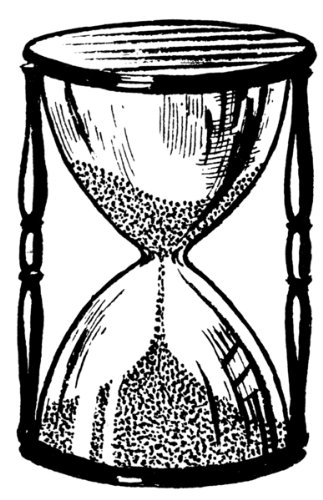 Do you suffer from “Hourglass Syndrome“?

That’s what computer chip manufacturer Intel has called the stress that waiting on slow computers to do their work causes.  Sure, it seems to be entirely a marketing gimmick, as Intel is focused on upselling to newer and faster computer chips – but there does appear to be some basis in fact as a general observation.  Who could blame Intel for taking advantage of the situation for their own profit and gain?

Intel surveyed over 1000 high school and college students on their level of anxiety as they waited on computer processes.

In a different study of over 2000 participants, 41 percent of adults said they were stressed by waiting for the computer to catch up.

Some of the other findings include:

Web Watch thinks that while the frustrations with slow computers are certainly real, as Intel and other manufacturers make faster and smaller chips to meet our needs – people will still not be satisfied.  No matter how fast our computers become, we have become an “instant gratification” world, and as long as their is any type of lag in processing – Hourglass Syndrome (whether a real condition or not) will still exist in some form or other.