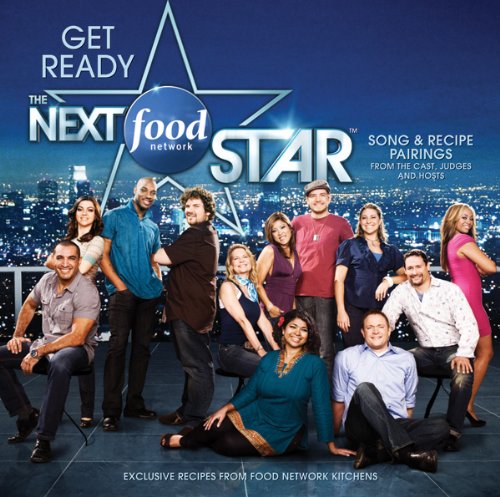 The Next Food Network Star

Web Watch is a fan of Food Network.

We like to cook.  We like to eat.  We like to learn about new places to eat, new cooking techniques, and maybe have some fun along the way.

We’ve eaten at a number of Food Network-related restaurants: Guy Fieri’s JOHNNY GARLIC’s, Keegan Gerhard’s D BAR DESSERTS, Robert Irving’s EAT, and at any number of Bobby Flay, Emeril Lagasse, and Wolfgang Puck locations across the country.  Sometimes the food at the celebrity restaurants is merely adequate; other times it’s been phenomenal and has lived up to the hype.  But the journeys to eat at each location are always worth the trips.

Web Watch is not alone in our enjoyment of Food Network.  Over the years, Food Network has developed so much cooking- and food-related programming that they were able to program a second cable offering, Cooking Channel.  Obviously, there’s a demand for Food TV.

But with the growth that Food Network has had, there had to be some speedbumps along the way to trip them up.

And with any speedbump, there is always going to be someone there to point and laugh at you when you fall.  But we’re fans – so we’re laughing at you because we love you.

That’s where FOOD NETWORK HUMOR comes into the picture – to point and laugh at the ridiculousness of what Food Network can be at times.  They laugh, but they do it with a good-natured ribbing, because in order to point out the flaws, you know that there are people paying attention and care enough to notice.

FOOD NETWORK HUMOR even claims that Alton Brown donated money to their site, so obviously there are some Food Network folks who know a good joke when they see it.

Some of the things that Food Network Humor likes to point out are:

And there’s plenty more.  They even have a handy A-Z GUIDE TO FOOD NETWORK in case you wanted to catch up on the in-jokes that permeate the site.

If you’re a fan of Food Network, you’ll want to make FOOD NETWORK HUMOR a daily stop to ensure that you’re getting your recommended daily allowance of food-related laughs