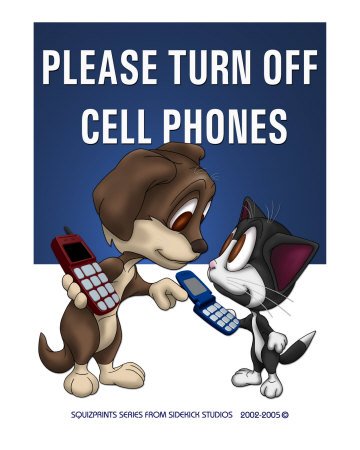 Turn Off Your Cell Phone

Driving while texting is being banned in more and more states, and rightfully so.  It’s hard enough for Web Watch to walk down the street with every passer-by so engrossed in their Blackberries or iPhones that they’re not paying attention where they’re going – we know how bad it could be with those same people behind the wheel of a car.

Driving has enough distractions as it is, especially for teenagers or other inexperienced drivers.  That’s why SEVENTEEN MAGAZINE and AAA have TEAMED UP for the SEVENTEEN TWO-SECOND TURN OFF DAY on September 17th.

All they want you and your teenagers to do is to take two seconds before you start your car, and turn off your cell phone.  That’s it.  One less distraction for you as you weave in-and-out of traffic on your way to work, school, or fun.

Don’t think it’s necessary?  Let’s take a look at some statistics about how badly distracted teenage drivers are, taken from a poll of over 2000 male and female drivers, age 16-19:

Teenagers don’t seem to think that any of the above is an issue.  41% believe that they’re only distracted for a split second, not long enough to really do any damage on the road.  35% don’t believe they will get hurt.  34% are used to multitasking.  32% are invincible, and don’t believe anything bad will happen to them.

Teens may not pay attention while they’re driving, but they are a little aware of what’s going on around them.  38% have been scared while riding in the car of a distracted driver, and 36% believe that they had a near-accident due to their own or someone else’s actions.

Nearly 6000 people died in 2008 due to a distracted or inattentive driver, according to the National Highway Traffic Safety Administration.