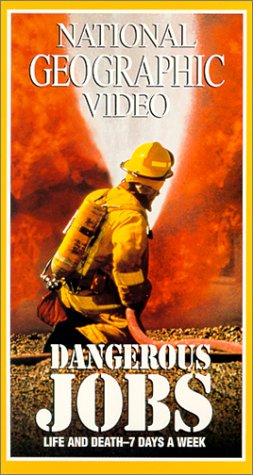 Some people think that their jobs are kind of tough.

You’ve got your standard fireman, policeman, oil rigger, human cannonball, Alaskan fisherman.  Yup, those are some very tough jobs, all with high incidents of injury and death.  For every 100,000 full-time workers, fatal injuries for firefighters is about 4.4, when police rate at 13.1.

But there are some JOBS THAT AREN’T THAT TOUGH, BUT STILL HAVE HIGH INJURY RATES.  Here’s a list of those jobs that may sound easy and lucrative, but in reality may end up putting you in the hospital or worse  Take being a farmer, for instance – their rate of injury is 38.5.  And some would say that working on a ranch is the easy way out.

If you isolate this to a high-risk job like policeman, then the average rate of injury naturally goes up to 676.

So who has the highest injury incident rate?  It’s not local government transit or intercity bus drivers, who clock in at 892 incidents.  No, it’s state psychiatric aides, with 1,459 incidents reported.

Web Watch wonders if there is anything to this report that the majority of the high-incident jobs being reported are all government-based. Makes you wonder how competent our government workers are, or if the jobs themselves really are that injury-prone?