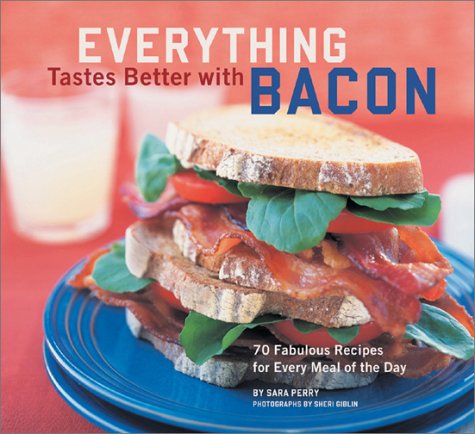 Everything Tastes Better with Bacon: 70 Fabulous Recipes for Every Meal of the Day

If you haven’t done so already, browse through your local yellow pages (remember that?) or go to your local farmer’s market and get yourself some fresh bacon directly from a porketeria or butcher.  You’ll save some money, appreciate what bacon that is unadulterated by chemicals is like, and support the local economy – all at the same time.

So with that, here are at least SEVEN BACON-INFUSED PRODUCTS THAT BACON LOVERS JUST HAVE TO TRY: