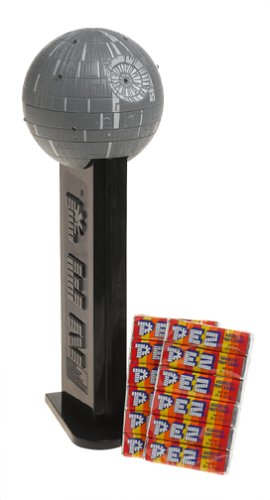 You know how you and your buddies all sit around on lazy Sunday afternoons just drinking a few beers and watching the game when one of you comes out with some random-ass deep thought about some TV show or movie or something, and it makes complete total sense to everyone else in the room where everyone says, “yeah, why is that, Dude?” and you all nod your heads in agreement but when it comes the next day nobody remembers what the hell you guys were talking about in the first place?

It’s just chock-full of essays pondering those very specific details about the hows- and whys- of movies, music, TV, and more – the stuff that should make more sense than it does.

Like, whether the DEATH STAR causes any universe-wide economic issues when it blows up planets.

Or whether Ke$ha’s song TIK TOK is just a remake of a MUDDY WATERS tune?

Or how about whether the guy who Sarah Connor was supposed to go out on a date with that fateful night in The Terminator wondered whether Sarah Connor was a bit of a nut case?  Or the GREATEST LIE EVER TOLD IN THE TERMINATOR MOVIES.

Yeah, all these and more nitpicking goes on at OVERTHINKING IT.  It’s basically a whole lot of “makes you say, Hmmmmm” kinda stuff.