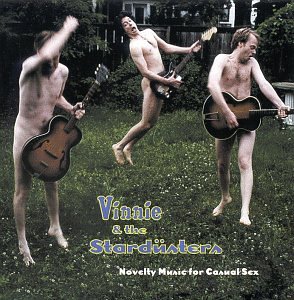 A new study has been published in the Journal of Personality and Social Psychology entitled PERCEIVED PROPOSER PERSONALITY CHARACTERISTICS AND GENDER DIFFERENCES IN ACCEPTANCE OF CASUAL SEX OFFERS by Terri Conley.

Yeah – it’s a study on what men and women look for when entertaining an offer to have a one night stand. A hook-up. Friends with benefits. Casual sex.

So what did the study find out?  That men and women are basically the same when it comes to deciding who – or more importantly, why – we decide to hook up with someone or not. And what the study found was that there was overwhelmingly, a single reason why women decide to have casual sex or not:

It all depends on whether they believe that they’re going to enjoy it or not.

All things being equal, both men and women have about the same perspective on whether to hook up or not — it all depends on their own comfort level on safety and desirability — but women are more likely to say “no” if they think that the experience will be less than satisfactory to them.

What the study does reinforce is that women are choosy about who they’ll sleep with, while men are less so.  But it all comes down to what science calls “the pursuit of pleasure”, or the Pleasure Theory.

In essence, men will almost always achieve their desired pleasure level in any encounter, while women generally only achieve orgasm about 35% of the time in an initial sexual encounter.

One interesting variation in the study was that bisexual women were more likely to have a one-night stand with another woman than they would with a man.