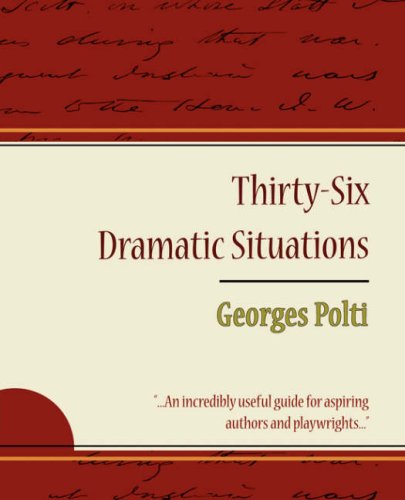 Did you know that every story ever written can be put into one of many overall plot categories?

It’s been said that Shakespeare’s works cover the definitive list of seven plots:

Others, like Georges Polti, have said that there were 36 different dramatic situations, such as:

But all these different variations may be too many.  Why don’t we just boil all plots down to just these two:

And this idea comes from a quote from Leo Tolstoy who said, “All great literature is one of two stories; a man goes on a journey or a stranger comes to town.”

A journey doesn’t have to be a literal journey from point A to point B, but it could be one of internal growth or spiritual guidance as well.  Think of any recent book or movie that you’re familiar with — Web Watch will stand that you will be hard-pressed to come up with any title that does not meet one of these two plot points.  Sure, some surrealist Da-Da-ism may qualify, but the counter to that would be that there would be a lack of plot. And since you can’t have a story without a plot – well, then…. there goes that concept.

When we first heard about this challenge, we threw down the gauntlet with “Waiting for Godot” as a reasonable exception to the rule.  A stranger definitely does not arrive, and Estragon and Vladimir definitely don’t go on any journey themselves.  If you have a suggestion of a story that wouldn’t fit one of those two plotlines, post it in the comments below.

Web Watch readers may throw out any number of Seinfeld or other TV episodes.  We’ll grant that a single episode may not meet these two plots individually, but when the series is taken as a whole, you’ll see that if nothing else, the characters definitely have taken a journey.

Some would even go so far as to say that there really is only one plot:  “a stranger coming to town” is also a “man goes on a journey”.  So perhaps in some obscure way, we’re all tied together as one, just like ST ELSEWHERE’s TOMMY WESTPHALL imagines…