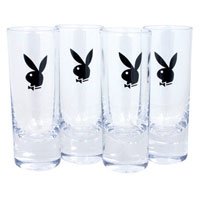 Playboy has released their list of the 2010 TOP PARTY SCHOOLS FOR 2010:

Unlike PLAYBOY’S LIST OF 2009 TOP PARTY SCHOOLS, the magazine did not release their criteria of how they achieved this year’s ranking.  Web Watch can only assume that the method they used to calculate their results is roughly the same.

It does make one wonder how the University of Miami fell from #1 on the list of top party schools to #4 in just one short year, and considering that UGA and LSU both fell out of the top ten this year after such a good showing in 2009 there has to have been some major partying going on for the newcomers on the list to make such an entrance.

Then again, Playboy also says that the BEST NAME FOR BEER PONG is “Beer Pong” instead of the more creative “Beirut” (or its naming variation “Bombardament”), so it appears that the Playboy editors may simply be trying to appeal to the masses and their pop culture Beer Pong references rather than making sure they have their rankings  correct.

As this is an application to be considered as a Playboy Top Party School, perhaps filling the application with essay questions wasn’t the best choice to ask hard-core drinking college students to fill out.  Web Watch would like to suggest that for the Playboy List of 2011 Top Party Schools application, that the magazine try doing multiple choice instead.  Maybe that would give them better results.