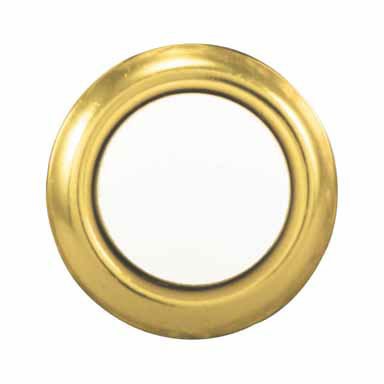 The other day, Web Watch experienced the same problem other home owners have run into: the light on our automatic garage door opener would not go out.

The opener itself was working perfectly fine.  The door would open or close when requested via the remote or the wall switch, but the lightbulb would not turn off after the 5 minute timer expired.

And Web Watch is seemingly not alone in this problem.  Other websites that specialize in home improvement tips have either left the question unanswered or said that the problem is with the garage door opener’s logic board that prevented the light from automatically turning off.

Web Watch prefers to go with the answer that the kind folks at GENIE GARAGE DOORS gave us when we called after looking through the manual for our opener and not finding the problem listed.  We fully expected to be replacing the opener over the weekend, but wanted to be sure that our decision to do so was correct.  We told the Genie representative that we had run through our usual troubleshooting list:  check the lightbulb, throw the circuit breaker.  Nothing seemed to help.

As our opener was over 10 years old, the person at Genie – without hesitation – said that the first thing we should do is to replace the wall button.

We happened to buy two replacement push buttons, so we could replace two switches at the same time.  Maybe the first button we tried was faulty.  It’s unlikely, but anything is possible.

Undaunted, we took a look at the button packaging:  it was a 1 illuminated push button.  Not to exceed 16V.

Maybe it’s the button itself that was not the correct item.  So, as any good home improvement person would do, we made our 2nd trip to the local hardware store to obtain new merchandise for this supposedly 2-minute project.

We looked at the doorbell button selection (because the garage door button selection was minimal at best) and saw that there was also a non-illuminated push button. Not to exceed 23V available.

We bought two of the non-illuminated buttons.  Installed them both.  And they worked perfectly fine…. the garage door light now goes off as expected when the timer limit is reached.

So what did we learn today?

3 replies on “Home Improvement Tip: How to Fix A Garage Door Light That Won’t Go Out Automatically”

I had this exact same problem. Turns out there is an LED wired into the illuminated button that short circuits if you exceed that pesky 16V. The solution: Open up the doorbell button (just two tabs), rip out the LED, put the button back together and it will work perfectly.

We had the same problem with the light not turning off.
I found out I wasn’t pushing the button enough (till it clicked) , problem solved.