PROGRESS CITY, USA‘s latest article in their “TEN WISHES FOR THE NEW YEAR” series is entitled “DETOONIFICATION“.  In it, PCU writes about how they would like to de-toon the Disney parks, and how the recent character overlays on various rides are a bit of overkill.

PCU does have a point:  the overlay of Iago and Zazu into Walt Disney World’s Tiki Room is a perfect example of how not to add characters to an attraction.   While the number crunchers may have interpreted the declining turnstyle numbers on the attraction as an indication that the Tiki Room was tired and needed to be modernized, the reality is seen across the country in Disneyland’s beautifully restored Tiki Room: that with a little bit of attraction maintenance – cleaning up the audio, blowing the dust off the electronics and lights – the crowds will once again flock to a beloved attraction.  I appreciate the “Under New Management” storyline, but the execution is so badly flawed that any charm left from the original attraction is not just thrown aside, but trampled underfoot along the way.  And frankly, the turnstyle numbers really didn’t improve that much after the revamp, either.  Unfortunately, the chances of getting a new (old) Tiki Room are slim.

There’s nothing wrong with keeping an attraction “as is” for nostalgia purposes.

Lesson to be learned: added characters can be a necessity

There’s also nothing wrong with improving an attraction with a character overlay.

The Mexico pavilion was a walk-on ride and didn’t encourage repeat visits.  A revamp was a necessity, and adding the Three Cabarellos was at least a more natural fit than Iago and Zazu were in the Tiki Room.  And whether one agrees with the way it was done or not, the addition of Donald and the gang has resulted in increased turnstyle clicks.

Even adding characters to a major attraction can be done correctly.  The reams of guest surveys for Pirates of the Caribbean (I was lucky enough to take one) led to how Johnny Depp was added to the ride.  In essence, Disney wanted to be sure that adding him wouldn’t detract from the ride experience.  But, more importantly, they were asking because… overwhelmingly… guests who were familiar with the films were wondering where Captain Jack was in the ride.

Yes, the tail wagged the dog on this one, but it shows the thought process of how the marketers have to spoon-feed an attraction’s storyline to guests by making a decades-old attraction adhere to a new movie experience rather than leave it as it was.   And generally speaking, Captain Jack does not detract from the ride at all.  In my opinion, he only needed to appear once in the entire ride – but even while appearing in multiple scenes, he was inserted in ways that kept the original lovingly intact… as opposed to the debacle that is the character-inserted Tiki Room down the street in Florida.

Lesson to be learned:  sometimes taking an attraction down for a much-needed revamp is all that’s needed.

Walt Disney World proved this point with the phenomenal job they did cleaning up The Haunted Mansion.  Historically, none of the Florida attractions have had that type of lengthy downtime, and park management was concerned about what would happen if the E-ticket attractions that people came to see weren’t available during their visit.

They didn’t have to worry.

All that the Mansion needed was some love.  The audio is crystal clear, the effects are crisp, and the ride is continuing to bring swarms of visitors.   The new Mansion was worth the wait, and this new version was much too long coming.

And they didn’t add an Eddie Murphy animatronic, much to everyone’s delight, or any other out-of-place character.  One can only hope that the upcoming overhaul of Space Mountain will be handled with an equal amount of care the Mansion had.

If only all they did to the Tiki Room was a revamp instead of the New Management overlay.

Lesson to be learned:  adding characters can be very, very good… 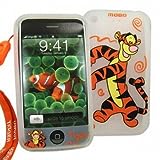 Not every character franchise needs an attraction.  Tigger and friends did quite well for many, many years without their own ride.  However, while tearing out Toad Hall or the Country Bears for the Many Adventures of Winnie The Pooh attractions drew a large outcry, allow that it was necessary: Forbes magazine listed the Pooh franchise as earning US$5.9 billion in 2003. Mickey and friends only made US$4.7 billion that same year.  That’s a lot of honey that can justify building an attraction for an underrepresented character or two.

Lesson to be learned: …or it can be very, very bad 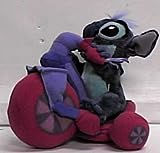 But don’t force the characters down our throats.  Stitch was fine as he was until he was elevated to the same level as the Fab Five.  When we saw Stitch plastered on all signage and Monorails – it seemed overly forced and turned guests off from the character.

Was Stitch’s Great Escape a worthwhile overlay to the creepy Alien Encounter?  Only if Stitch can prove to have the same monetary draw over the years that Pooh, Tigger, and the gang have had.  I can see Stitch’s Great Escape being yanked out in the future; attractions based on a solid money-making franchise (such as Pooh and Buzz) have a much longer shelf life.   And considering how much it can cost to put an attraction in – the longer a character can be relevant and earn a profit, the more likely it is the attraction will be built… and be built correctly from the beginning.  Will Stitch be relevent in 10 years?  When compared to Pooh, not so much.

Lesson to be learned: sometimes, you have to go with the flow

Sometimes Disney just needs to put a character somewhere in order to have meet-and-greet opportunities because there is character demand beyond having an attraction dedicated to them.  Woody and Bullseye in Frontierland is fine.  Belle and Beast in Epcot’s France pavilion, or Mary Poppins in England makes sense.  Donald in his Three Cabarellos outfit may be a stretch, but it works for Mexico.  I’d rather have the characters out and about in places that seem reasonable for them to appear – regardless of where those place are – than meet them in the sterile confines of a Communicore building.

Disney has proven that they can create phenomenal rides that are not character-based:  Expedition Everest, despite the amount of Yeti plush available in the gift shop, is a prime modern example, along with Test Track and Soarin’, of non-character attractions.

So we know Disney can do it if they try.  Figment and Dreamfinder (while not used in the same manner today as they were when Epcot first opened) at least show that Disney can even create popular park-specific characters and character-based attractions that don’t need to be based on mass-market material.

I say, if people yearn to go on a ride that has a character theme or want to meet any character in the Disney canon, then build that ride and make that meet-and-greet opportunity available.

But don’t just do the toon overlay for the sake of doing it — make the trip worthwhile for all involved.  Doing it right in the first place will pay back dividends.