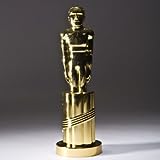 By now you’ve heard of the TWITTER RACE between Ashton Kutcher and CNN to be the first Twitter user to have 1 million followers.

The TWITTER RACE website, updated every 10 minutes, has CNN in the lead right now by about 21k followers (give or take a few as I type this).

Electronic Arts, the video game publisher behind the Madden franchise and other hit games, just tweeted that they were going to award Ashton Kutcher’s 1,000,000th follower a copy of every game EA makes in 2009 for the winner’s system, and will also be featured in The Sims 3 video game.  They estimate that this whole thing will be over in the next 15-20 hours or so, at the current rate those two users are attracting followers.

While I admire EA’s offer, it can have the unexpected affect of slowing down the follower race, or even bringing Ashton’s follow rate to a crawl as other Twitter users decide to wait to subscribe until Ashton’s follow count approaches the magical 1,000,000 mark.

The question is, what would be the next step in this type of viral prize giveaways on Twitter?  First to reach 10,000,000 followers?  First to have 1,000,000 retweets of a single message?   Regardless, the key is to be the first to make the prize offer.  Nobody ever remembers who thought of it second.

Here is the list of other contenders soon approaching 1 million followers: