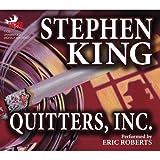 A report came out this week about Twitter, regarding how users new to Twitter use the service, a STATE OF THE TWITTERSPHERE, if you will.

In short, the conclusion is that the vast majority of Twitter accounts are inactive at best.  Some users sign in and tweet just once, resulting in an “ORPHAN TWEET“.  If you happen to run across one yourself, feel free to retweet it with the #orphantweet hashtag.

The bigger question, however, is how prevelant are these orphan tweets?   Consider this:  as in real-life, so goes Twitter:  the top 10% of the most active Twitter users account for over 90% of the overall Twitter traffic.

Compare this to other sites:

Extrapolated even further, a one-month study of 300,000 Twitter users showed the following information:

Most interesting, and something that correlates with the orphan tweet concept, is that the median number of lifetime tweets per user is 1.   Another way to look at the same data is that 50% of all Twitter users are tweeting less than once every 74 days.

So let’s get back to the State of the Twittersphere.  That report is based on information obtained from TWITTER GRADER (a site that you can use to determine how good… or narcisstic… a Twitter user you are) and their evaluation of over 4.5 million Twitter users.

Some of the more interesting facts that show some Twitter users are basically quitters include:

If we increase the criteria being used in the above three bullets from “0” to “less than 10”, Twitter Grader has determined that accounts that fall into these categories are inactive – especially compared to a typical Twitter account — and as such, they determine that 9.06% of all Twitter accounts are inactive.

And there you have the difference in a study that looks at just one month of 300,000 accounts that we began this post with versus looking at a broader spectrum of the “active” accounts of the 4.5 million viewed by Twitter Grader.

What are people tweeting?

When are people tweeting?

Of course, all these statistics may not be meaningful on month-to-month basis as Twitter has a high turnover rate.  NIELSEN ONLINE released a Twitter study (and an update confirming their original study) that shows 60% of US Twitter users that sign up one month do not return the following month.   While a 40% retention rate may not sound great, it is certainly better than the pre-Ashton/CNN/Oprah Twitter Explosion of 2009 of 30%.