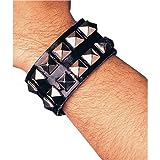 One thing that ROCK BAND and GUITAR HERO are missing is the ability to control all the other aspects of band life:

ROCK BAND SIM fixes all that and gives you a web-based Guitar Hero or Rock Band simulator (similar to FLASH FLASH REVOLUTION) where you have to tap your keyboard’s arrow keys in time with the scrolling guitar picks, along with having to do a bunch of other activity surrounding managing your band.

Every turn in the game equals one week, and each week, you have the option of playing a gig and earning some money, writing a song, recording a song, going shopping for new gear for your band, dealing with PR and record management, and more.  Every decision you make will affect how much money you bring in, and how much money you bring in is dependent on whether you have a high-quality band and aren’t dealing with PR issues brought on by fame and fortune.

Here’s a tip:  don’t spend weeks writing song after song – your fans will stop buying your singles and albums if you don’t play regular gigs.  If that happens, then you stop making the easy money.  No easy money, and you can’t upgrade to better recording equipment.  And thus the cycle continues.