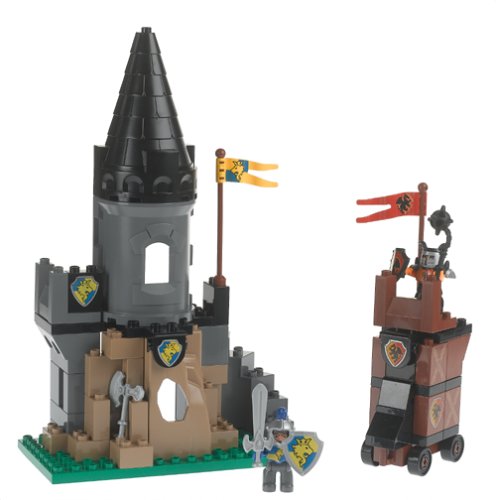 If there’s one type of video game that Web Watch can’t get enough of, it’s games in the TOWER DEFENSE genre.  We’ve already talked about the GUY WHO INVENTED THE ORIGINAL TOWER DEFENSE GAME, along with a REALLY DEEP AND VARIED VERSION in GEMCRAFT CHAPTER 0.

Here is another variation on the Tower Defense theme entitled CURSED TREASURE – DON’T TOUCH MY GEMS.The premise, while not entirely new (as Web Watch has played a less deluxe version a year ago), offers a unique perspective on the traditional “defend your castle from the never-ending oncoming horde of monsters.

In this game, all you have to do is protect your gems from being stolen from your castle.  The oncoming horde is still there, but they’re not there to kill you — they’re going to wander through the forest path to your stronghold, take the treasure, then wander back out from where they came from.

All you have to do is kill them… either coming or going, it matters not.

And as long as you still have one of your treasure gems on the screen, you can advance to the next level.

There is the usual assortment of upgradable towers that have different abilities; the twist here is that specific towers can only be placed on certain types of terrain – so that makes coming up with good placement strategy a bit more complicated than the traditional method of tower placement in a Tower Defense game.

If you’ve already beaten Gemcraft Chapter 0 and are looking for a new challenge, this one should keep you occupied for another week or two.