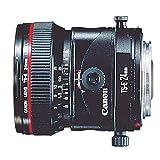 Tilt shift photography is a way to make an image or film look like it’s of a toy miniture or the object is made of plastic — just by adjusting the focus used by the camera.

You can use a special tilt shift lens on your SLR camera, or you can manipulate the image digitally with Photoshop to change the focus to a much narrower frame of reference.  Doing so makes the image appear much further away in the shot than it actually is.

Here are two tilt shift videos that really show off what tilt shift photography can do:

So if you don’t have a fancy tilt shift camera lens, what do you need to do to make some tilt shift images of your own?

You could upload a photo to tiltshiftmaker.com, and have that website do all the heavy lifting for you in three easy steps.  You won’t have any finite control over the end-result as you would if you did all the work yourself, but you can use Tilt Shift Maker as a way to preview what the tilt shift photo would look like.

If you want to try some instant tilt shift photography editing with your iPhone or iPod Touch, you can get the iPHONE TILT SHIFT APPLICATION.

Or, if you are comfortable using Photoshop, you can manipulate your photos yourself by following a TILT SHIFT PHOTOSHOP TUTORIAL.  This is tilt shift tutorial author Martin Pot’s explanation of what tilt shift is all about:

Landscape photos taken from a distance typically have most of the frame or the entire frame in focus, with the lens at infinity focus. Because tilt-shift photos only have a small amount of the photo in focus, it allows the photographer to draw the viewer’s attention to a specific part of the photo.

The tilt-shift effect also causes photos to look as if they are miniature models, due to the unnaturally short depth-of-field, when our eyes are expecting everything in the frame to be in focus.

And when boiled down to its basic parts, all you need to do to tilt shift an image is this:

…and then do one or two other things to polish your work up.  But it’s not much more than this.

Not all photos lend themselves to working with tilt shift manipulation.  But when you find one that works, it looks really spectacular.