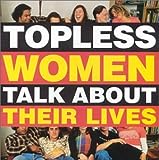 You knew it was coming all year, and couldn’t wait… and now, August 23rd has finally arrived.

And what is National Go Topless Protest Day?  It’s only a different way to honor (recognize?) WOMEN’S EQUALITY DAY, which occurs on August 26th.

(*no surprise here: this link is NSFW, for obvious reasons)

Web Watch knows what you’re thinking – how does going topless equate to women’s equality?  One would think that the two have absolutely nothing to do with each other.

Not true.  The two have everything to do with each other.

National Go Topless Protest Day is fighting for equal rights for women, just as Women’s Equality Day celebrates the passage of the 19th amendment (which gave women the right to vote).  However, in this case, National Go Topless Protest Day gives women the opportunity to protest the inequality in laws that allow men to prance about the neighborhood on hot August days without their shirt on, but women who do the same thing are arrested or fined.

Those that want to participate in a “going topless” protest can view an up-to-date listing of where Go Topless protests are taking place in various cities, or even list their own if desired.   Some cities already on the list include Chicago, Maui, Venice Beach, Portland, and Miami.

As the site recommends – bring plenty of sunscreen, and fight for your right to bare arms…and other stuff, too.