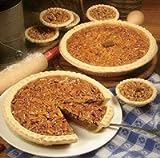 January 23rd, as everyone knows, is NATIONAL PIE DAY.

And there are all sorts of ways for you to celebrate National Pie Day, including the obvious – such as “bake a pie” or “bring a pie to work”, and the not-so-obvious “have a pie fight” or “pass along pie memories” (whatever that means).

Even restaurants that are self-proclaimed “famous for their pies” have taken to promoting the need to CELEBRATE PIE.

But let’s get to the real crux of the problem here:  tech folks, while they do love pie, do not celebrate National Pie Day on January 23rd.

On March 14th (otherwise written as 3/14, just like the mathematical number PI is written 3.14), nerds and geeks will be bringing pies into the workplace, classroom, and computer labs to celebrate what is to them, the real PI day.

It does bring up two very good questions:  why was January 23rd chosen as National Pie Day when March 14th was a perfectly good day to combine PIE and PI into one singular sensation?  According to the creators of NATIONAL PIE DAY, the AMERICAN PIE COUNCIL, no specific reason was given other than the desire to have a day dedicated to the celebration of pie.  And January 23 just happened to be available.

But there has to be a reason.  Something made them avoid March 14th as the obvious Pie Day choice, right?

We have no proof, but Web Watch believes that there was another reason that the American Pie Council decided not to use March 14th to celebrate the glorious wonders of pie – they simply didn’t want to conflict with other, equally important things that are ALSO celebrated on March 14th.

Yes, that must be it.