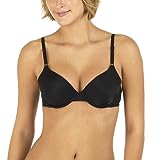 One?   Web Watch is sure that you can think of one bra that is more famous (notorious, even) than any other bra out there.

We’ll start you out with the easy one: #2 on the list is Princess Leia’s metallic bra when she was tied up to Jabba the Hut in the third Star Wars film.

#3 is the Push-Up Wonderbra.

#4 is Mrs. Robinson, walking around in The Graduate

#5 is Susan Sarandon as Janet in the Rocky Horror Picture Show.

#9 is Brandi Chastain, showing off her sports bra during the 1999 Women’s World Cup

Now that you know what ranks as #2-#11, you should be able to guess relatively easily what Bra #1 is.  If not, just click through that link to see what is really the most obvious choice on the list.