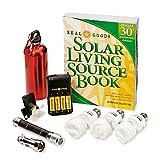 The LONDON SCHOOL OF ECONOMICS has put together a report entitled Fewer Emitters, Lower Emissions, Less Cost that draws what should be an obvious conclusion:

Global warming isn’t an environmental thing, or a byproduct solely due to advanced technology or corporate carbon emissions.

Global warming is due to there being too many damn people in the world.  More people means more manufacturing and excessive gas or bad breath all contributing harm to the environment.

When running calculations on all the different ways to stop sending more CO2 into the atmosphere, the study says that FEWER PEOPLE IN THIS WORLD WAS THE LEAST EXPENSIVE SOLUTION.  Every additional person added to even highly-developed countries takes away a significant amount of resources from everyone else.

The United Nations estimates that 40% of all pregnancies around the world are unwanted.

The Optimum Population Trust agrees with the study, figuring out that for every $7 spent in the U.S. on contraception can reduce carbon emissions by over a ton over 40 years.  The OPT said that doing the same with technology would cost at least $32.

The report is not without its detractors.  The pro-life organization, the POPULATION RESEARCH INSTITUTE, says that THERE IS NO CORRELATION BETWEEN NUMBER OF PEOPLE AND AMOUNT OF POLLUTION. In an issued statement, they said that “people equal prosperity, which in turn provides the resources that you need to conserve and protect the natural environment. So these anti-people fanatics have it exactly backwards.”