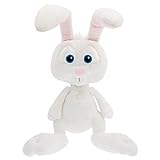 And if the Society of American Magicians convention being held in Atlanta, Georgia on June 30-July 3, 2010 is even half as much fun and exciting as the 2009 convention in Buffalo, New York was – then by golly, Atlanta’s going to burn again!

Hotel reservations have already opened, so if you’re a magician or interested in magic in any way, you’ll want to be sure to set that week aside for your travels.

The S.A.M. was founded in 1902 in Martinka’s famous magic shop in New York City, and since then has gathered over 30,000 members with the singular goal of becoming the premiere magic organization in the world.  It has counted amongst its members Harry Houdini, Lance Burton, and honorary member David Copperfield.

One interesting partnership the Society of American Magicians has is with the OCCULT INVESTIGATION COMMITTEE.  The O.I.C.’s role is to help debunk psychics and paranormal activity that is presented by con artists as fact, much in the same way that Houdini debunked sham artists and tricksters in his time.  The goal is to point out those things that are presented as “mysterious” and “spiritual” that can be explained by simple physics or intentional trickery, but still keep magicians and their magical integrity intact.