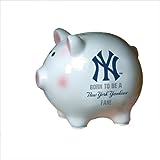 Have you done your part to pay down the national debt?

How did we get at that number?  Luckily for Web Watch, other people smarter than us have CALCULATED EXACTLY WHAT EACH PERSON’S SHARE OF THE NATIONAL DEBT is.

Basically, if you take the entire US government debt (which is about $12.1 trillion) and divide that amongst the entire US population of 304 million people, the debt per American is $39,000.

Looking at the 2007 US census numbers, there were 112 million households of various sizes.  We’re not looking at $39,000 per household – we would need each of those households to make a $108,000 payment in order to get rid of that debt, if Web Watch’s math is correct.

Kinda makes you think about what today’s kids are going to end up owing in a few years if they don’t go out and get a tax-paying job soon.