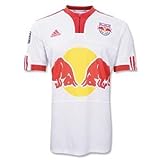 Watching late night television on New Year’s Eve has become a tradition.  No matter where you are, who you’re partying with – as soon as midnight draws near, everybody gathers to the closest TV screen to watch Dick Clark and his big ball drop on Times Square.

Sure, Ryan Seacrest may be inheriting the New Year’s Rockin’ Eve throne soon, but it will always be Dick Clark’s show.

But other networks have tried to muscle in on the stranglehold that Dick has had on New Year’s Eve festivities (portions pre-recorded).  FOX tried to create an event by having motorcyle legend Robbie Knievel jump “over” the Mirage casino volcano last year.  The broadcast was poorly done, there was no crowd to speak of, and even the television audience could tell that Robbie didn’t really jump over the volcano.  See for yourself:

So the question is – where was everybody that cold Las Vegas evening?

They were down the street at Paris watching Robbie Maddison and the Red Bull No Limits crew do an absolutely incredible jump UP onto the top of Paris’ replica of the Arc de Triomphe and back down again. Even if you’ve already seen it, it’s worth watching again:

So what does Red Bull have in store for us this year?  How about JUMPING A RALLY CAR OVER 171 FEET TO SET A NEW WORLD RECORD?   Did we mention that this will be a jump over water, with the landing ramp on a floating barge?

Sound like something worth watching?  Then set your TiVo to record ESPN at 11pm ET on December 31st and catch all the excitement live on New Year’s Eve.