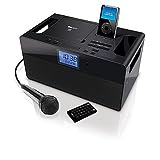 Kids today love music, and they love their YouTube.

So why not put the two together into a LIP DUB?  It’s a better group activity than Rock Band or Guitar Hero, and can even result in some kids getting grades if they do this as a special project in the classroom (as seen in the amazing backwards video below).

What is a Lip Dub?  It’s a homemade music video done as a single tracking shot through a school, office, mall, or other environment.  All the participants are dancing around the camera into and out of the shot, and the main person on screen is lip-syncing the song.  There are no rules – more than one person can sing any part of the song, and random costumes are encouraged.  The term “Lip Dub” itself is traced to Jakob Lodwick, founder of the Vimeo video service.

If you get your office together to create a lip dub, you can even submit your production to OFFICE LIP DUB.

We won’t get into the details surrounding the hows and whys behind some of these lip dub videos, but you can click through to the stories behind the stories for full details.  Let’s just say that some of these folks may have too much time on their hands, but they’re making stuff that’s wildly creative and entertaining.

The bigger question for these students is going to be whether making lip dubs and posting them to YouTube and other video sharing services is legal or not.

Jakob Lodwick’s Vimeo openly solicits for lip dubs to follow their original creation of Flagpole Sitta.  Now, Vimeo is being sued by the record labels for encouraging these flagrantly illegal lip dub videos to be made in the first place.  One side says that the homemade videos’ use of songs qualify under fair use; the labels say that doesn’t count since the entire songs are usually used.

Watch these videos, and decide for yourself if the music labels have a point:

HEY YA! by Outkast

The obligatory “Making of…” video

Nine in the Afternoon by Panic at the Disco (starring Jessica Alba?!?!)

I Kissed a Girl by Katy Perry

I Want You Back / ABC by Michael Jackson