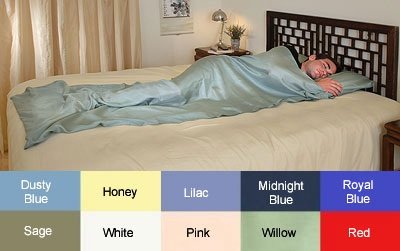 We’ve all been travelled a bit across the country and have been disgusted by what we’ve found in a dirty hotel room, right?

Web Watch recalls one hotel we stayed at that was so disgusting that we did everything we could to avoid touching anything in the room (we didn’t have much choice as to where else to stay, and it was only for one night – we figured we could stick it out for a few hours. Of course, we didn’t have a hotel sleep sack to use at the time — that would have been most awesome!).

One year, a travelling companion of ours found a used condom on the floor of her off-strip hotel in Las Vegas. You’d think the cleaning folks would have noticed it was there and destroyed the evidence. (She ended up getting her night comped, but not before subjecting the hotel manager with some very harsh words.)

Even the local news stations have run reports on how you’re not supposed to drink out of the in-room glassware or use the in-room coffee pot at even the fanciest expensive hotels, because those items may not be cleaned in as regular a time period (or in a sanitary way) as a guest would like.  Just saying…

The point is that TripAdvisor has released their list of the TOP 10 DIRTIEST HOTELS IN AMERICA, based on survey results they have received from world travellers.

Topping out the list at #1 is the HERITAGE MARINA HOTEL in San Francisco.  The good thing that could come out of being named on the list is that they hopefully won’t appear on the list two years in a row.  Web Watch is keeping our fingers crossed for that.

Also making the list were a number of hotels from Virginia Beach, Virginia; some from Miami Beach, Miami; two more from California; and the rest scattered across the US.

Of course, no “dirty” list would be complete without a companion piece of THE TOP 25 HOTELS IN AMERICA, also based on the same surveys.  Tops of the list is INN NEW YORK  in New York City.

What isn’t overly clear is whether “Inn New York” is the same as “New York Inn”.  Why would this matter?  Because “New York Inn” placed 3rd on the 2009 Dirtiest Hotels in America list.  If they are truly the same, then there’s hope for the Heritage Marina Hotel after all.