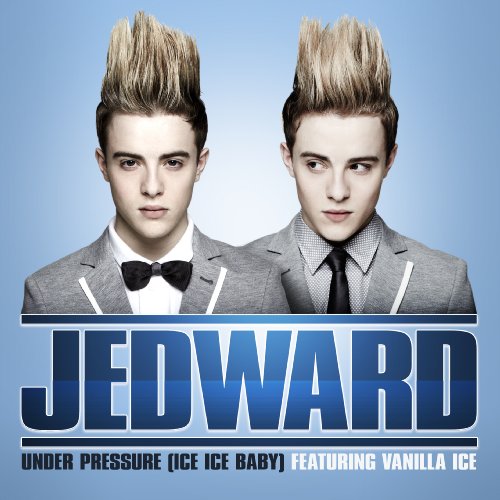 Apparently, Web Watch has been living under a rock since last November when teen sensation JEDWARD hit the scene in Britain’s THE X FACTOR program.

Sure, they may have lost the competition, but that hasn’t stopped JEDWARD (aka eighteen-year-old identical twins John Paul Henry Daniel Richard Grimes and Edward Peter Anthony Kevin Patrick Grimes) from moving forward and releasing their popular version of UNDER PRESSURE (ICE ICE BABY) as their first official release.

The best part?  Getting Vanilla Ice to sing on the single.  Maybe they’ll learn something about music sampling and the trouble that including unlicensed clips can bring by including him.

Watch the video below: