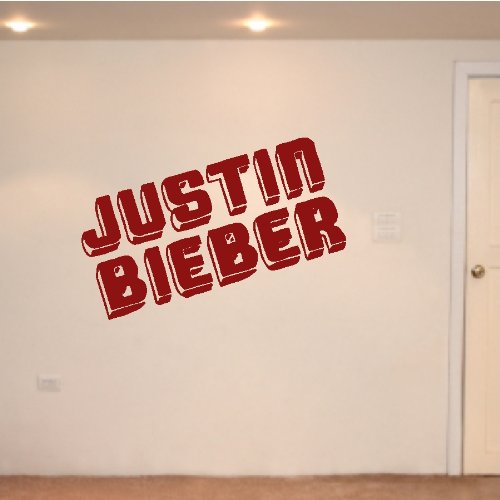 If you’re a fan of JUSTIN BIEBER (and these days, who isn’t?), then one of the more popular things that his fans like to do is DRESS LIKE JUSTIN BIEBER.

(What?  You don’t know who Justin Bieber is?  Then you need to read the JUSTIN BIEBER GUIDE FOR OLD PEOPLE before continuing on…)

Justin’s look all has to do with dressing simply and with the occasional splash of color.  Some of Justin’s outfits have consisted of:

See, you probably already have this stuff in your closet already.  Just don’t be afraid to rock the accessories, or listen to the haters over at Yahoo Anwers who tell those who ask how to dress like Justin to “go back in time and not hit puberty, then wear a baseball hat, put a hoodie on, and wear your pants really low. Voila! We have Justin Bieber”.

In a FASHION-ORIENTED INTERVIEW THAT JUSTIN BIEBER DID WITH VMAN magazine, he says that his fashion sense really didn’t start coming together until he signed his deal and started working on his music in Atlanta as he “built up my swagger”. The magazine calls Justin’s style “…something of a Hotlanta edge”.

If you’re the type of person who likes to play with dolls, feel free to try the JUSTIN BIEBER DRESS-UP DOLL.

But maybe you don’t have any trouble at all looking like Justin.  Maybe you’re already told by all your friends that you should go into the celebrity impersonation business.  Perhaps you need to check out LESBIANS WHO LOOK LIKE JUSTIN BIEBER and submit your picture to the site.  Sadly, the site also asks for photos of Justin when he’s looking “cute as f”, so you have to sift through all the Justin Bieber photos to get to the real dopplegangers.

In any case, whatever you decide to do should be okay.  One 15-year-old fan said that all Justin does is “he dresses like the kids dress nowadays“.

So where does all this “DRESS LIKE JUSTIN BIEBER” craze come from?  Well, it really is no different from any other pop star trend in the past.  (Remember your collection of FRANKIE SAYS RELAX tshirts that you wore in the 80’s?)  According to a study by Tim Kasser, psychology department chair at Knox College, ADOLESCENT GIRLS IDOLIZE MALE CELEBRITIES because it gives them a safe object to practice romantic relationships with.  Also, girls who idolized celebrities were more experienced daters and had closer attachments with boys their same age.   Unfortunately, these same girls also were more materialistic and more susceptible to commercialism.

Not worried about being sucked into a commercial culture?  Then here are some bonus videos that Web Watch found just for you: