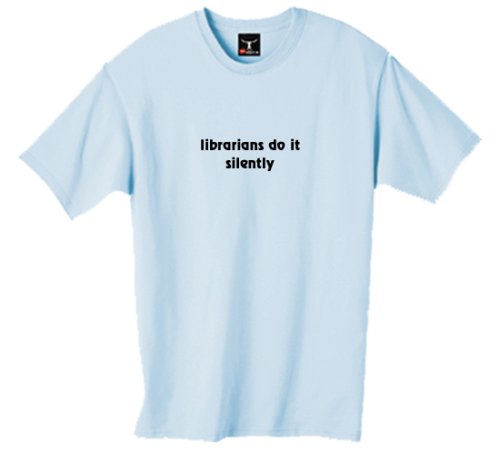 Librarians Do It Silently

One of the oft-cited examples of the stereotypical librarian is to be an old spinster cat-loving lady in an old linty cardigan sweater, with her grey hair all done up in a tight bun and wrinkled eyes hidden behind wire-framed glasses… just sitting around waiting to SHUSH anyone who dared make a noise in the sacred halls of the library, lest any of the dusty tomes be disturbed.

Apparently, this is a misnomer, as LIBRARIANS LIKE TO HAVE SEX AT WORK.

Or, at least they did back in 1992 when Will Manly conducted a survey of 5,000 US librarians.  Manly says that he submitted the survey results to the Wilson Library Bulletin back then, but they refused to run it.  The journal has since gone defunct, freeing Manly to release his survey results himself.

Here’s some of the things the survey showed: